Barry Reynolds worked on "Rebel" from 1999-2003. He worked on visual development, character concept designs and animated on the trailer. He returned to work on the feature now titled "The Secret Of Kells" (© Cartoon Saloon/Les Armateurs/Vivifilm) in 2005. The feature has since been nominated for an Oscar award and an Annie award.
Working as Lead character designer, Barry finalized all main character designs (except the vikings), and designed all secondary, additional, extra and animal characters. He designed full model packs and key posed a number of animation sequences. He animated the characters and efx on the "Escape from Iona" sequence.
Throughout production Barry supervised the character models and supervised the key posing animation, working closely with the animators in Ireland and Belgium to keep the style and posing consistent. A video tutorial was shot of Barry's work and sent with the model packs to all studios that were involved in the production of this feature. 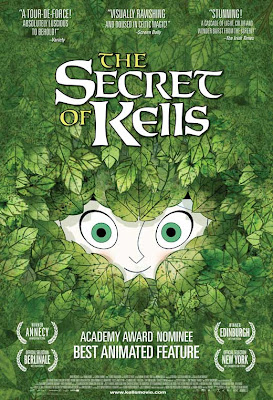 Posted by Barry Reynolds at 1:15 PM